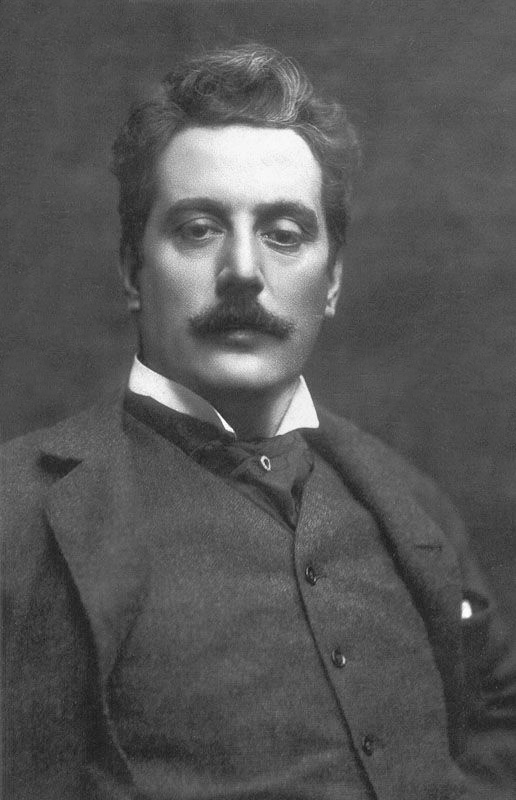 Giacomo Antonio Domenico Michele Secondo Maria Puccini (December 22, 1858 - November 29, 1924) was a great Italian composer. He is an opera composer. His operas such as La Bohème, Tosca or Madama Butterfly and especially Turandot are among the most frequently performed classical musical pieces in the category of standard opera. standard. Several of his arias such as "O Mio Babbino Caro" in Gianni Schicchi, "Che gelida manina" in La Bohème and "Nessun Dorma" in Turandot have become part of modern culture. He has a total of 12 operas and the special thing is that 7 of his 12 operas are named after female characters.

Giacomo Puccini was born in the Italian city of Lucca. He has an older brother named Michele Puccini. Both cousins ​​belong to the fifth generation of the Puccini family, which is a famous family with many professional musicians. Generations before the brothers were both organists and composers for Lucca's Church of San Martino. Because his father died when he was only 6 years old, young Giacomo Puccini had to take the position of conductor of the choir and organ team of the church his family had been attached to for a long time. Members of the Puccini family had hoped that Giacomo would continue the family tradition.

However, on that fateful night in 1876, Giacomo Puccini took a daring hike with a friend. The 13-mile trip ends in the city of Pisa. Two friends watched the performance of the famous opera Aida by the great composer Giuseppe Verdi. And that show gave Puccini a new path, a path that no one in his family had ever gone to opera. In 1880, Puccini completed his studies at the Pacini Conservatory in Lucca. At the same time, he completed Messa di Gloria. It can be said that this is an important work for Puccini's young life, because not only did he receive the help of his uncle, but also received a scholarship from Queen Margherita. Another lucky thing for the young Puccini was that he was accepted into the Milan Conservatory and the Teatro alla Scala Theater. The Teatro alla Scala Theater is an ideal environment for young talents. In addition, in the years 1880-1883, he attended the Reale Conservatory of Music under the tutelage of Bazzani and Amilcare Ponchielli. Here, he succeeded with the work Capriccio sinfonico. When music producer Edoardo Sonzogno organized a competition for one-act operas, Ponchielli encouraged his brilliant pupil to participate. And it was also the composer who introduced Puccini to a journalist and lyricist for the operas Ferninando Fontana. Fontana suggested the theme for Le Villi. This work is entered into the contest. Unfortunately for Puccini, when the results were announced in 1884, he was not the winner. On one occasion, however, he performed excerpts of opera with the piano being used to accompanies the music. The show was a success and he was highly regarded. Also thanks to that occasion, Le Villi had the first show at