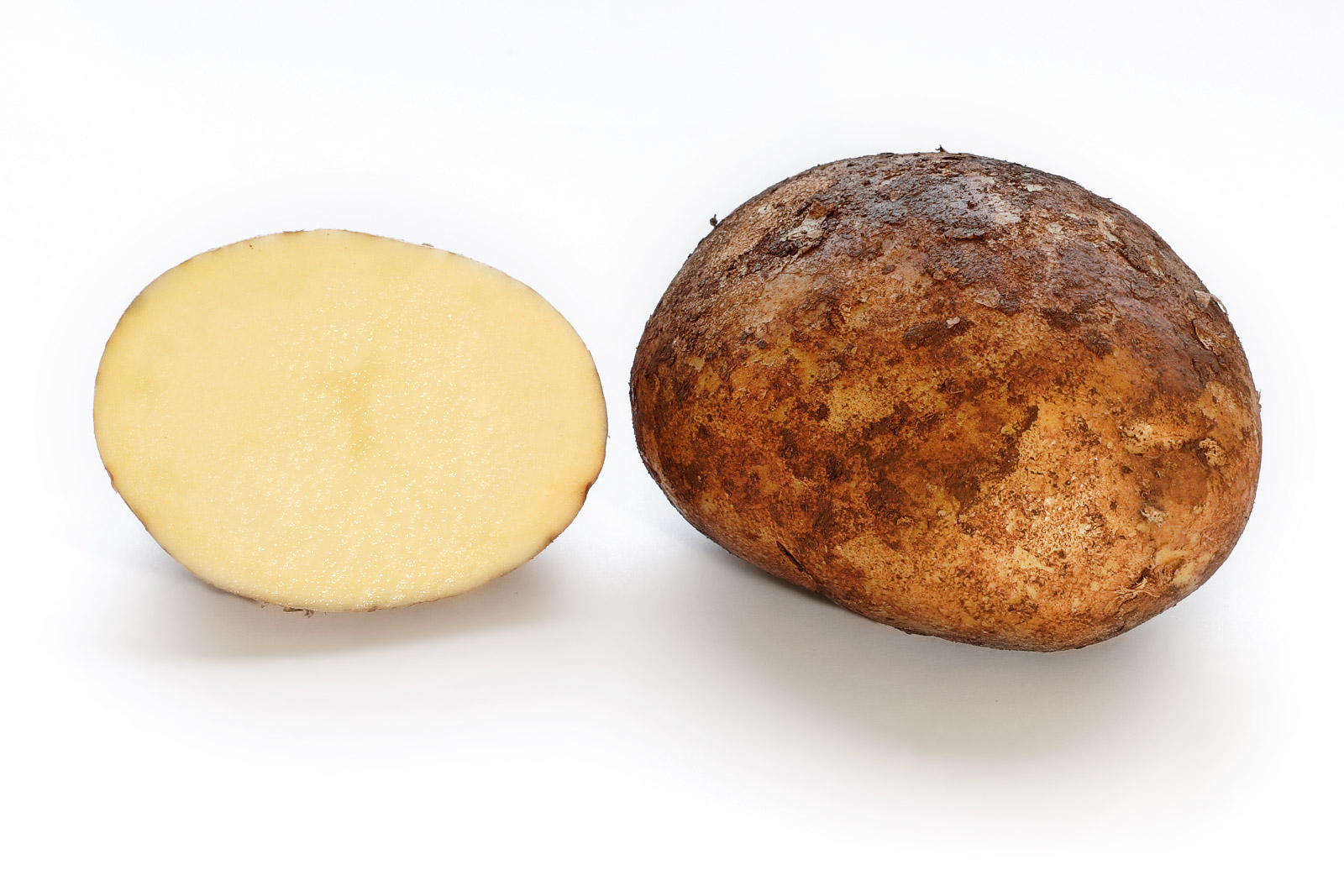 Potato (two-part nomenclature: Solanum tuberosum), belongs to the Solanaceae family. Potatoes are short-term agricultural crops grown for their starchy tubers. They are the world's most widely grown root crop and the fourth most popular crop in terms of fresh yield – behind rice, wheat and maize. Long-term potato storage requires refrigeration. Wild potatoes grow throughout the Americas, from the United States to southern Chile. It was once thought that the potato was domesticated independently at many sites, but later genetic testing of many cultivars and wild varieties of potatoes demonstrated a single origin of the potato. was in the region of southern Peru and the extreme northwest of present-day Bolivia. Where humans domesticated potatoes 7 to 10 thousand years ago. After centuries of selection and breeding, there are now more than a thousand different varieties of potatoes. More than 99% of potato species grown globally today are descended from various varieties in the lowlands of south-central Chile, which were displaced from the Andes plateaus. After the conquest of the Empire Inca of Spain, the Spaniards introduced potatoes to Europe in the second half of the sixteenth century. It is then transported mainly by sea to territories and ports around the world. Potatoes were slow to accept by European farmers because of their distrust. Then it became an important food crop and the crop that played a role in the continent's population explosion in the 19th century. However, initially the potato lacked genetic diversity, due to the limited number of cultivars introduced, it was also a susceptible crop. In 1845, a plant disease called leaf blight, caused by the fungus oomycete infestans Phytophthora, spread rapidly through poor communities in western Ireland, resulting in crop failure and famine. Thousands of cultivars still exist in the Andes, where 100 different varieties of potatoes can be found, many of which are kept by smallholder farmers. The annual diet of a global average citizen in the first decade of the twenty-first century consisted of about 33 kg of potatoes. It remains a staple crop of Europe (especially eastern and central Europe), where potato production per capita is largest, but expansion in potato cultivation has been strongest in South America. Asia and East Asia over the past few decades. China is currently the world's largest potato producer, almost one-third of the world's potatoes are harvested in China and India.

The English word potato is derived from the Spanish patata (the name is still used in Spain). The Royal Spanish Academy believes that the Spanish word potato is a fusion of Taino batata (sweet potato) and Quechua papa (potato). Potato is named after a type of sweet potato, although there is no relationship between the two plants. In many chronicles there is no distinction between the two species. In the sixteenth century, botanist John Gerard used the name wild potato or Virginia potato for this species and called the sweet potato the common potato.