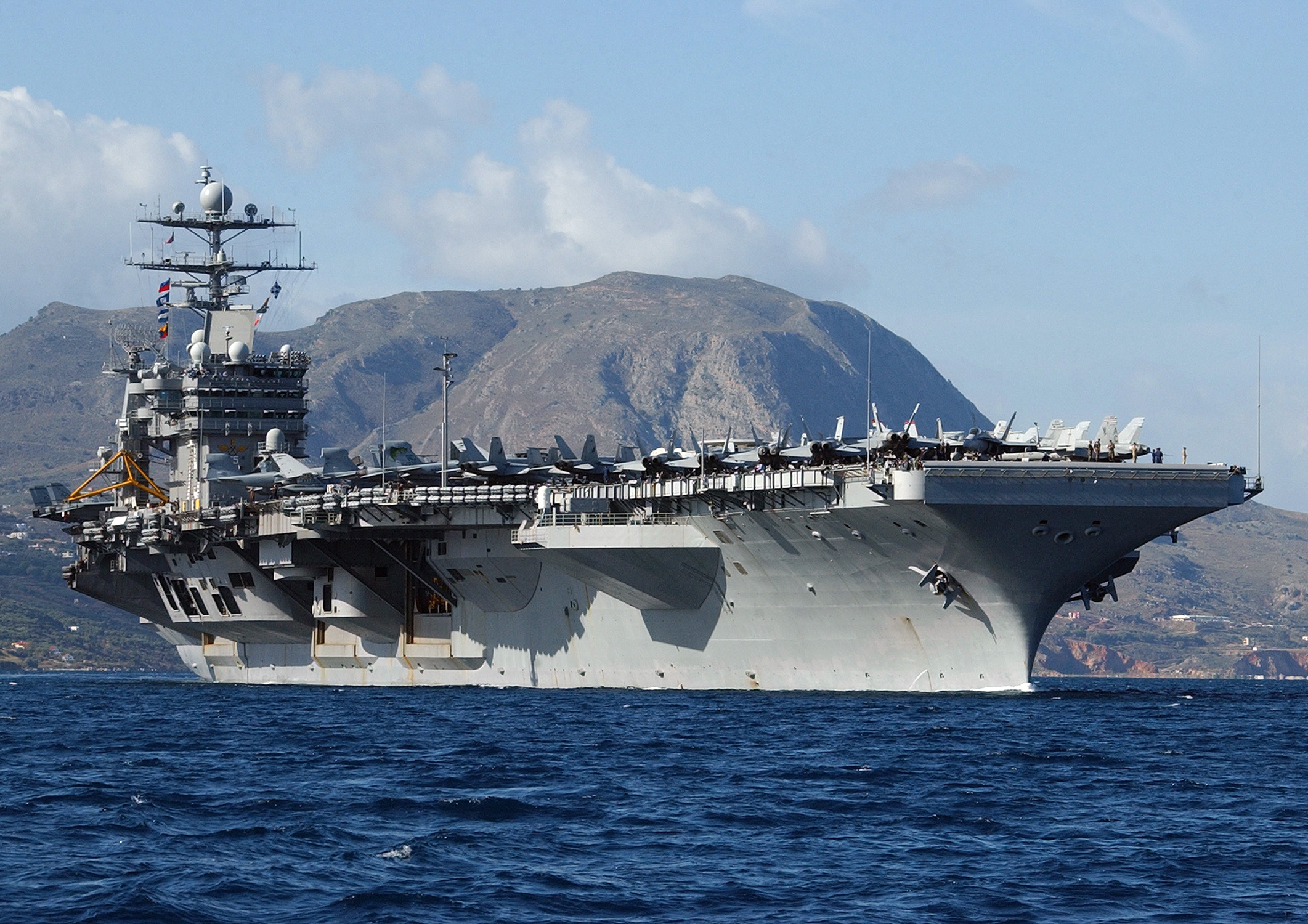 Modern aircraft carriers have flat flight decks, which are used as take-off and landing sites for aircraft. Planes take off forward, upwind, and land from behind. Aircraft carriers can