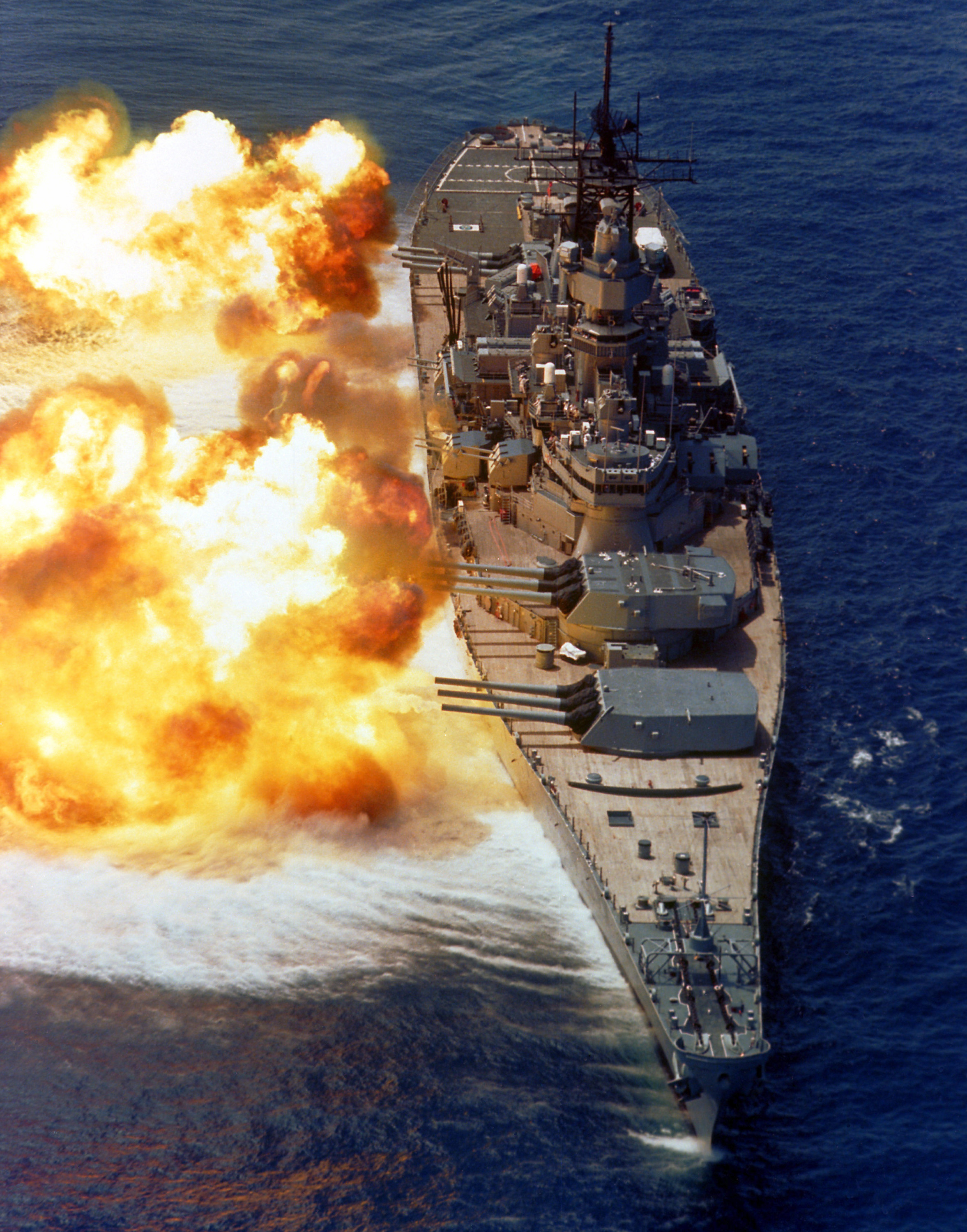 Battleship (English: battleship) is a type of large, heavily armored warship with a main firepower consisting of very large caliber guns (over 300mm). Battleships are larger, more heavily armed, and better armored ships than cruisers and destroyers. As the largest armed ships of the fleet, battleships were often used to gain control of the sea and represent the height of a nation's naval power from the 19th century to the 19th century. to the middle of the second world war. However, due to the remarkable development of long-range combat weapons at sea such as aircraft, torpedoes and especially guided missiles after World War 2, the super-large cannons of battleships became obsolete. become obsolete and not as useful as before. This caused the battleship to lose its role in naval warfare and was gradually phased out over time. By the end of the 20th century, there were no more battleships in official use in the service of navies around the world. The design of battleships progressed through the integration and application of many advances. technical department. The English name battleship was used to describe an improved type of armored battleship, which later became known as a pre-dreadnought battleship. By 1906, the commissioning of HMS Dreadnought heralded such a design revolution that the battleships that came after her were called "dreadnoughts". Battleships were once a symbol of naval dominance and a nation's strength, and for decades they were important elements of both military and diplomatic strategy. The global arms race in battleship construction, which began at the end of the 19th century and was aggravated by the introduction of the HMS Dreadnought, was one of the causes leading to World War I. , witnessed the confrontation between the great fleets at the Battle of Jutland. The Washington Naval Treaty of 1922 and subsequent agreements of the 1930s succeeded in limiting the number and tonnage of battleships, but did not prevent progress in design. Both the Allied and Axis powers commissioned both old and new battleships during World War II. The value of battleships was questioned, even in their day. The Battle of Tsushima (1905) was the only decisive confrontation between two fleets of armored battleships. With the exception of the inconclusive Battle of Jutland (1916), there were few direct battleships that followed. Despite having large cannons and thick armor, battleships are becoming increasingly vulnerable to attacks from small-sized weapons and weapons, and their manufacturing and operating costs are many times cheaper. , first submarines armed with torpedoes and mines, and then aircraft and guided missiles. The main disadvantage of battleships is the attack range